Coloured pencils are a very popular choice for colourists. They’re easy to get hold of, portable and can be an affordable option. When choosing what’s right for you consider the points below and remember you can buy some of the more expensive ranges as open stock (individually) to give them a try before committing to the expense of a full set.

The pigmented core is at the centre of the pencil and is held together by a binder. This binder has an effect on the finish of your colouring. The three different types of binders in a coloured pencil are wax-based binders, gum-based binders or oil-based. Wax binders are the most common in coloured pencils and can be layered on your paper easily. Blending and mixing colours is also achievable with a wax-binder. One thing to be careful of is that the core of wax-based pencils is easily broken, so make sure you don’t drop them!

Oil-based pencils are usually more resistant to breaking than wax-based, and they’re water-resistant. You are still able to blend and mix colours with an oil-based pencil, but it may be easier with a wax-based pencil.

What is a wax bloom?
If you’ve ever coloured a design and come back to it a few days later to find a white, waxy film over it, that’s wax bloom (also known as efflorescence)! Wax bloom isn’t down to incorrect technique or poor quality pencils and thankfully is easy to fix.

Removing a wax bloom is relatively easy, using a soft cloth will usually do the job just make sure you don’t press down too hard (you could remove some of the pigment too). Use a light swiping motion to remove the wax bloom, you may also use a q-tip instead of a cloth if you’re particularly worried about removing pigment. 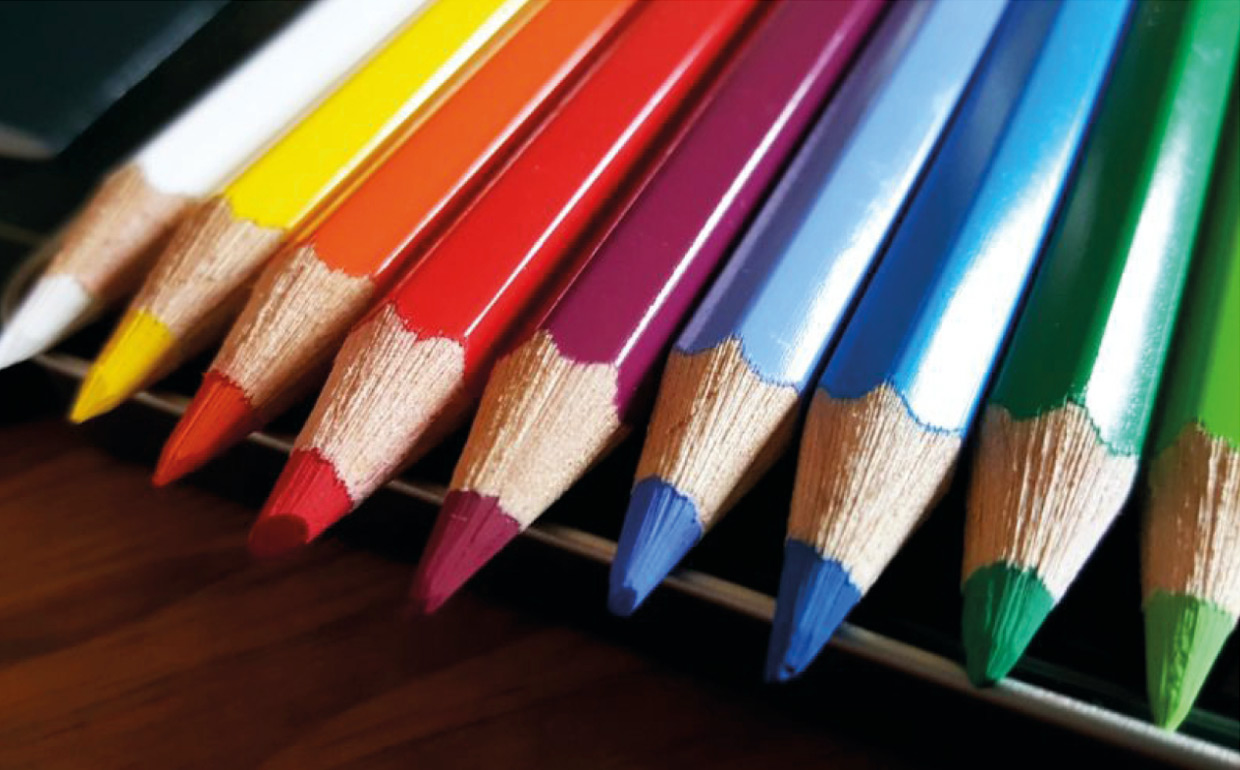