Having a good pencil sharpener is key to being able to get a good sharp point to your pencil — this will make a huge difference to how your colouring turns out. Wax-based pencils, like Prismacolor pencils, are the most common type of coloured pencils, and their leads are quite soft which means they can break quite easily. This means that a good pencil sharpener will come in very handy for stopping your pencil lead snapping.

Firstly, it’s worth noting that a hand-crank pencil sharpener should be avoided at all costs as they’re far too harsh on your coloured pencils.

Hand-held sharpeners can give you much greater control when sharpening your pencils. If your pencil sharpener can produce one long pencil shaving then your sharpener is in good, sharp condition. This means that you’re less likely to experience breakage of the lead in your pencils.

If your sharpener is in poor condition (producing small savings in lots of bits) you can sometimes replace the blades. If the blades aren’t replaceable then try tightening the screw to see if it makes a difference and if not then it’s time to buy a new one.

Something important to note is that when you’re sharpening your pencils, it’s best to hold the pencil and turn the sharpener rather than the other way round. It can also help to use a light touch and hold the pencil vertically with the tip pointing up rather than horizontally.

There is a lot of debate around whether electric pencil sharpeners are best for coloured pencils – some colourists love them whereas others report problems. With electric sharpeners you have a lot less control than you do with handheld sharpeners.

If you do use an electric sharpener, it is best to run a graphite pencil through it every now and again to clear the blades from any buildup. It is also advisable every now and then to open the sharpener and clean the blade inside with a toothpick or a Q-tip.

Repeated broken lead fix
If your leads keep breaking it may not be the sharpener, they might be broken on the inside. To fix this, place your pencils on a sheet of baking paper or foil in a baking pan. Place them in the oven and heat to 250 degrees F. Once that temperature is reached, leave for between two and seven minutes – softer wax-based pencils will be quicker will melt. Leave the pencils in the oven until it returns to room temperature, then test the lead by sharpening. If the leads still break, repeat the process. 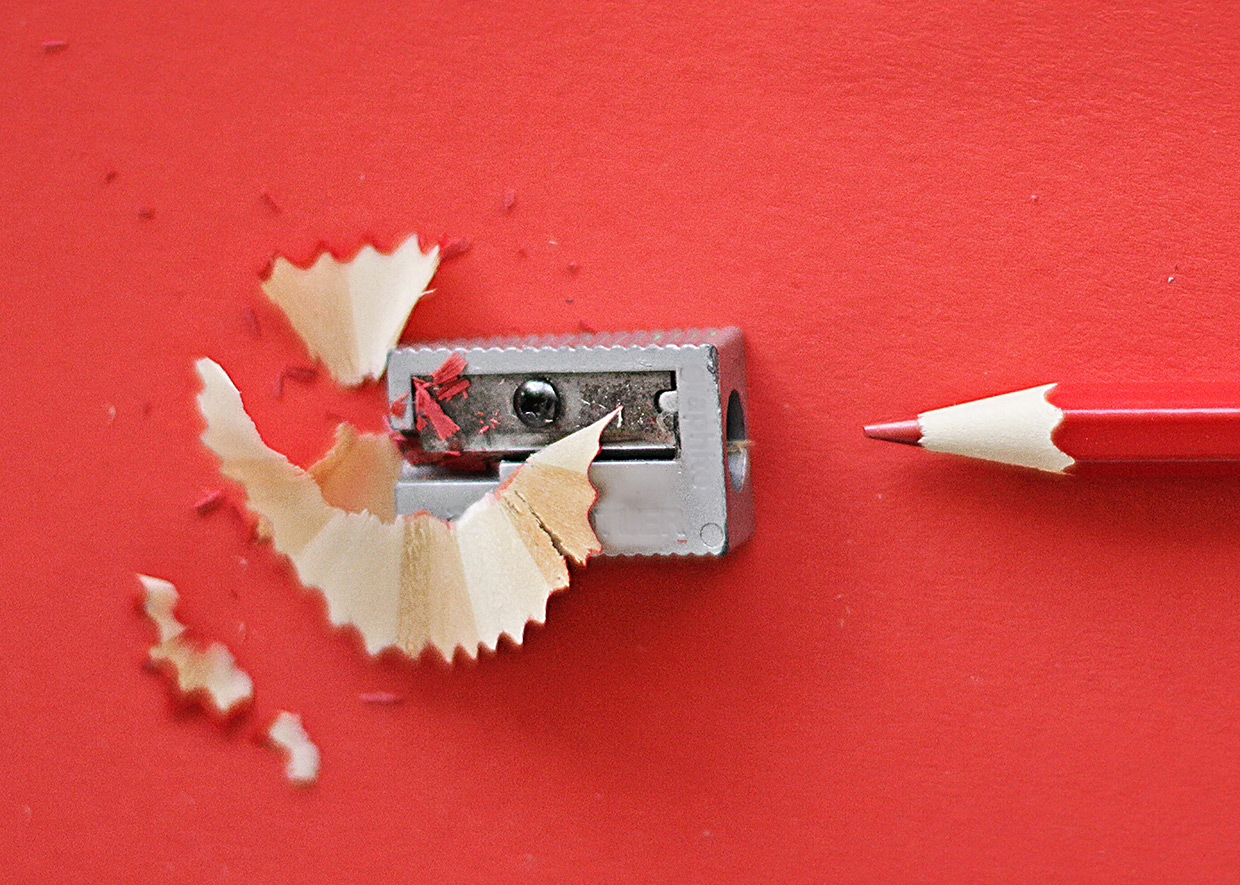